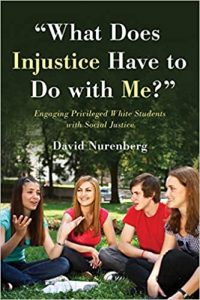 S2E8 – What does injustice have to do with me?

We cannot address school inequities by just focusing on underprivileged schools serving marginalized populations. We need to find ways to engage affluent white students in “high powered” schools with the idea that injustice, especially racial injustice, is something relevant to them, and something they too have an interest in changing for the better.

I’m releasing this episode this week because of the Minneapolis protests in the wake of the killing of George Floyd, and to advertise my new book, of the same title, available now on Amazon.com. 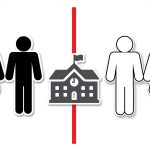 S2E7 – Didn’t we solve this problem? Why American schools are more racially segregated than ever.

As protests rage across Minneapolis in the wake of the police killing of George Floyd, we need to remember that these protests are informed by more than just reaction to police brutality: they are about the historical and ongoing racial disparities not only in the realms of law enforcement and criminal justice, but also housing, health care and yes, education, in the United States.

So I thought this would be a good time to re-run a season one episode about school segregation. School segregation in the USA is now at its most extreme since the 1960s, and growing more pronounced each year. Didn’t Brown vs. the Board of Education settle this issue in 1954? episode will detail the very real, legal, de jure (as opposed to “de facto,” as it is often erroneously taught) reasons why the dream of integration has not yet been realized in American schools, as well as some ideas for changing that for the better.

This week will feature two episodes. Episode#8 will follow shortly. 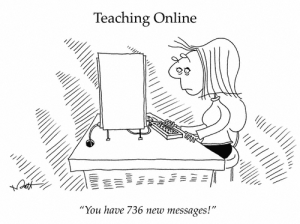 S2E6 – Teaching and learning in the shadow of COVID-19, two months in

Schools are now 8 weeks into the “distance learning” modalities that COVID-19 has forced upon them. In our April 2nd episode, I interviewed three teachers from across the country at the outset of this new reality. They shared their experiences at the early stage of the transition, their hopes and fears and predictions for the future. Now that we’re a little further into that future, I’ve invited them back – as I had arranged with them from the beginning – to see how, 8 weeks later, things are going for them. 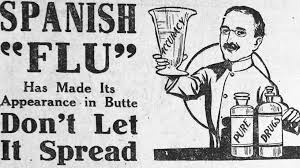 S2E5 – How past pandemics and crises changed schools

COVID-19 is not the first epidemic or major crisis that has radically altered the structure of American public education. This episode surveys some of the changes, adaptations and even improvements that schools made in the wake of catastrophic events of the past.

Where and how do schools curtail free expression rights, and what is the history behind that? What do you, and do you not, have the right to say if you’re a student (or teacher) in a school…or even off-campus?

Next episode posts on Friday, 5/15